In response to recent COVID-19 concerns, we are writing to assure our clients that we are taking recommended precautions.

Would you like to switch to the accessible version of this site?

Don't need the accessible version of this site? 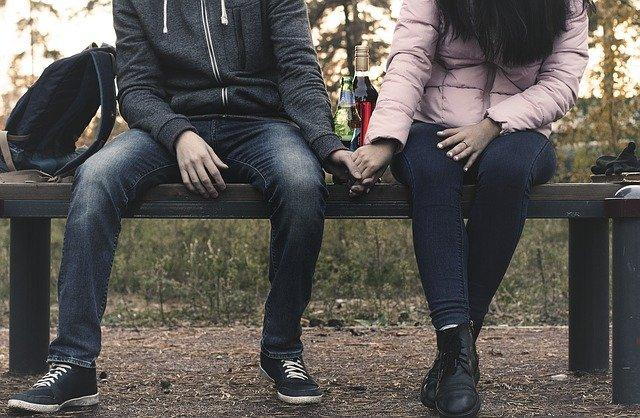 Once upon a time when divorce was rare, most people were driven to divorce by one of the “Triple-A” problems: Affairs, Addictions, or Abuse.

Desertion was the fourth reason for divorce in 19th century America when husbands would go west and disappear. Affairs, addictions, and abuse are what I call the “hard” reasons for divorce because they represent dysfunctional behaviors that impact the human dignity and safety of the spouse and usually the children. In their full bloom forms, they are intolerable to live with over time and still have a healthy life. But as we’ll talk about in a minute, the presence of one of the Triple A’s does not mean you have to rush to the divorce court; there still may be hope.

Nowadays we live in the era of the “soft” reasons for divorce. In my research, which is similar to that of others, the top explanations people give their divorce are: growing apart (55% of people list this as an important reason), not being able to talk together (53%), money (40%), personal problems of the spouse (37%), not getting enough attention (34%), sexual problems (24%), and differences in tastes and preferences (23%).

Not that these “soft” problems are trivial or easy to live with—they can cause a lot of pain—but they are a long way from the Triple A’s. In fact, some people learn to live with problems like these, accepting the limitations of their marriage and their spouse, and living a healthy life. Others get help and experience improvement in the soft problems if both spouses work at it.

Here I want to talk about the hard problems and what you can do when your marriage has one. Unfortunately, they are still common. In my research, infidelity was listed by 37% of divorcing people, alcohol/drug problems by 22%, and physical violence by 13% (including 18% of wives). This is a lot of couples, and you can be sure that they have a lot of soft problems too.

Most of what I will say has to do with trying to save your marriage. But there can be reasons to leave now.

But here’s a key point: it’s not so much the presence of one of these Triple A’s that dooms a marriage, but an unwillingness or inability to commit to working to change these problems.

It’s a common misconception that an affair dooms a marriage. How many people have you heard say, “If my spouse ever cheated on me, I’d be gone?”

In fact, affairs differ a lot. Some are one-time lapses that the cheater feels terrible about and is unlikely to repeat. Why blow up an otherwise good marriage in this case? Other affairs are less about the marriage than about someone’s psychological crisis—a choice of an affair as a kind of medication for personal pain. On the other hand, some affairs are part of a repeated pattern of infidelity that the cheater does not want to give up. Again, it’s motivation to change that matters most.

I once met a British lord who wondered out loud about the fragility of modern marriages.

He said, “A frightful thing these young people are doing: throwing away a perfectly good marriage simply because they fall in love with somebody else.”

He was expressing an old-world view here: if your spouse cheats on you, slow down, don’t throw anything away, and see if the marriage can be repaired.

Little known fact: research shows that infidelity is not a factor in the success of marriage counseling. And the presence of infidelity does not make the average divorcing spouse less pessimistic about reconciliation. It’s terribly hurtful, of course, but many couples recover if they are willing to try to heal. Affairs are only fatal when someone won’t try, or give up trying to change. Many couples get help and have stronger marriages as a result.

The same is true for addictions – working on them can be the path to keeping a marriage.

There are a number of effective treatments for addictions, and lots of people go on to live healthy lives and have good marriages. What blows up marriages on the part of the one addicted person is denial, blame, and an unwillingness or inability to follow through with treatment and support systems like AA.

What destroys marriages on the non-addict spouse’s side is the unwillingness or inability to come to terms with how distorted he or she has become in the presence of the addiction, for example, by enabling the addiction, being codependent, and creating coalitions with other family members. Both parties have to sign up for getting help to make major changes. When that occurs, it’s a beautiful thing, and some of these marriages are marvels of honesty and intimacy.

There is more likely to be immediate danger, and abused spouses (particularly women) often feel they deserve the abuse. Here’s how I see the issue of responsibility: the choice to be violent or use coercive control is 100% the responsibility of the abuser. Why? Even if you’ve been a difficult partner (who isn’t sometimes?), there are always other ways that your partner could have responded other than to hit or intimidate you. So you’ve got to seek help and decide not to take it anymore. If you think this stance puts in you danger, then you have to leave.

But recent research shows that there are two kinds of intimate partner violence: ordinary partner violence and intimate terrorism. The latter is the coercively controlling kind where a man intimidates and dominates his female partner, with or without physical violence. This kind of domestic violence is about 10% of abusive relationships.

Ordinary domestic violence, on the other hand, usually involves both partners hitting, and it arises from lack of impulse control and the inability to handle conflict that escalates into screaming, insulting, and eventually violence. Usually, both people feel bad about the violence and go through long periods where there is no violence. And there is little in the way of coercive control. But ordinary domestic violence is still a dangerous thing emotionally and physically. Adults and children are harmed, sometimes permanently. That’s why it’s a hard problem that undermines health and human dignity.

So, if you are facing intimate terrorism, most experts agree that you have little choice but divorce, doing so as safely as you can, using all the resources you can access.

But if yours is ordinary domestic violence, there is more hope. We now know that marriages like yours can be restored to health. The key, as with other hard problems, is the level of motivation and energy that you and your spouse bring to getting help and making changes.

1.  Ask yourself if the presence of infidelity, addictions, or abuse in your marriage is compromising your own well-being or that of your children. If you decide “yes,” then ask yourself:

2.  Do you want to try to save your marriage? If you decide “yes,” then proceed with the next steps.

3.  Convince yourself that there have to be major changes and that you will not stay unless there are. This will empower you to put everything on the line.

4.  Before talking to your spouse about the changes you want him or her to make in order to stay married to you, do two important things:

5. Then prepare to deliver probably the most complex and important message of your life, along these lines:

6. Listen to your spouse's response, which may be:

8. At the end, ask if he or she will get help with you—that’s the action step you are looking for.

9. If you don’t get buy in the first time, end the conversation, and ask if he/she will think about what you’ve said.

10. Bring it up again in a few days or a week, in the same way. This is essential for your spouse to take you seriously.

11. Don’t give an ultimatum with a specific date, but increase the intensity of your challenge over time, repeating that you can’t go on this way, and saying that you are not feeling heard.

12. If you ultimately don’t get buy-in for change, then tell your spouse that you have made the sad decision to leave the marriage. Be prepared for the possibility of a turnaround at this point, but know that you can’t count on it.

This strategy is designed to do two things: help you be healthy in an unhealthy situation, and give your marriage its best chance in the face of one of the Triple A’s that you can’t continue to live with.