In response to recent COVID-19 concerns, we are writing to assure our clients that we are taking recommended precautions.

Would you like to switch to the accessible version of this site?

Don't need the accessible version of this site?

What is Marital Doubt? 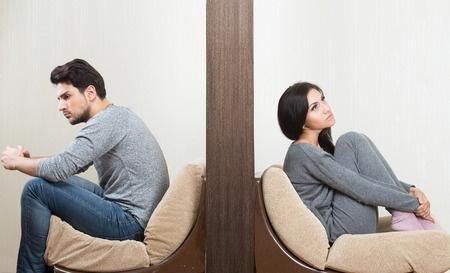 People usually keep doubts about their marriage to themselves.

Here we’re not talking about ordinary concerns about the relationship or even feeling in a stuck pattern—instead, we’re talking about worries about whether the marriage will survive. This is scary to think about. If you tell others, you might get unhelpful suggestions such as “just listen to your inner voice” or “make a pros and cons list”!

The doubts stay underground, coming and going, sometimes for years. Marital doubt is way more common than most people realize. And there are ways to get past it and get clear about the future of your marriage.

About 1 in 5 married people (22%) report having some doubt about whether their marriage will survive.

To put it simply, you have lots of company if you have doubts about your marriage.
But this is not a permanent 24/7 state of mind, as you have likely already experienced.

Marital doubt can take a lot of pathways: sometimes it just lingers at the same level, but more often people describe it like a roller coaster. Sometimes you feel confident about the future of your marriage, and then something happens that puts you in a gloomy, doubt-returning place. You talk your way back, reminding yourself that you love your spouse and that divorce would hurt a lot of people. But hours, days, or weeks later, your doubts creep back. It’s anxiety-provoking and extremely unpleasant (to put it mildly). This limbo state of anxiety can seem to go on forever, draining your energy for the future.

It’s important to appreciate that marital doubt is by its nature a private emotion.

There is no big public sharing as there may be for career angst, or when a family member getting a scary medical diagnosis and you have a cadre of people to process your emotions. When you were falling in love, everybody knew. But now maybe you have just one friend or a counselor you’ve opened up to. Certainly not your spouse! Your anxiety grows from hiding such a threatening emotion and from worrying about the risks of “outing” yourself.

Many people in the marital-doubt camp are trying to figure out if their spouse is capable of changing. This leads some doubters to unconsciously create “tests” for their spouse, to see if the change is possible. (“If I don’t remind him of my birthday, will he remember?”) When the spouse fails the test, the doubts are fueled.

Because there is no sharing, a doubter’s spouse has no idea what’s going on. Even if they sense the other’s discontent, they aren’t likely to see any threat to the future of their marriage. Every marriage has its ups and downs, they think, and they may also have gripes about the marriage (but not about whether divorce is in the future).

So where do these doubters go on their journey?

During this marital doubt phase, according to researcher Diane Vaughn, the doubter may ask about marriage counseling. This may be a great idea (and hey, we’re huge fans of marriage counseling!) but rarely do they come clean, at home or in the therapy office, that they aren’t sure about the future of their marriage. Why?

Marital doubters are scared and not ready for a crisis, so the work in the therapy room may stagnate. If you’re not sure your spouse can change, and if you believe that without the change you have no energy for the marriage, it’s no wonder the couples therapy falls flat, fast!

To state the obvious here, that’s not enough time to dig into issues and start to work on them. For these couples, often the excuses are that life gets busy, someone gets sick, someone feels on the spot in counseling. Basically, there is no real momentum to keep plugging away, particularly for the clueless spouse who thinks things are basically okay.

Sometimes the other spouse makes the argument that marriage counseling is unnecessary or that the time and money are not there for it. Especially if they are not seeing any warning signs about divorce! The doubter, perhaps also not sure about where marriage counseling will work, withdraws the request to start or stay with the counseling--and then keeps simmering.

Whether or not there is any attempt at couples therapy, some doubting spouses go into individual therapy. Sometimes it is a great experience, especially if the therapist helps them see their own part of the marital problems and offers ideas for self-change.

Other times individual therapy becomes a “bitch session” every week, with no real personal growth and a terribly one-sided view of the other spouse.  (Some therapists are not good at seeing the perspective of the spouse who is not their client.)  But we think that the majority of doubters do wish for personal growth and don’t want to just attack their spouse.

When marital doubts linger long enough, people start to rehearse in their minds what they would do after a divorce. They imagine being single again, and they think about how to prepare for that possibility—just in case. This may mean starting a job, finding separate friends, or not making big commitments for the future, like upgrading the house.

This creates more distance in the marriage, something they don’t want, but the doubter’s dilemma is that verbalizing doubts to the spouse can propel them into crisis mode. They don’t know how their spouse will respond—constructively, nastily, or with panic?  Now you may have two people in doubt—and bringing their worst selves to the situation!

But here’s the thing: the longer you prepare for the possibility of divorce without telling your spouse, the more blindsided they feel when you do tell them—and the more likely that your worst doubts are realized.

You may be wondering, then, how does marital doubt end?

In the three simplest “end game” scenarios of marital doubt, the following can happen:

If you or someone you know is having marital doubts, there is hope for understanding what’s going on, gaining more clarity, and getting off of the roller coaster of emotions!